The annual CIP Symposium took place 7 November 2019 with a special focus on language policies, both the process of developing a language policy and the choices related to the languages offered at the universities.

The programme contained a number of interesting presentations which can now be found on the CIP website.

The morning programme had a focus on the formation of language policies at the universities – first with examples from the University in Greenland where the language policy situation between Greenlandic, Danish and English was historically enlightened by Arnaq Grove from Ilisimatusarfik whereas Janus Mortensen from CIP showed how an including and sustainable language policy process could be initiated. The two presentations were followed by Camilla Falk Rønne Nissen, IND, who presented results from her PhD dissertation on the blind spots of language policy in the international classroom.

The theme of the afternoon was on language training and the teaching of languages at Danish universities – exemplified by Lisbeth Verstrate-Hansen, Engerom who discussed the the role and the future for foreign language programmes at the Danish universities. This was followed by Anne Holmen, CIP, who showed the need for strengthening the foreign language competencies among students in general and gave possible solutions developed as part of the project “More languages for more students”.

The day was concluded with a commentary and debate facilitated by Janus Mortensen. Hanne Leth Andersen, RUC, summarized the talks of the day where perhaps everything has been said before but now is the time for action. This was supported by Mette Skovgaard Andersen, director of the National Centre for Foreign Languages – East – who among other things focused on the need for more cooperation between the educational sectors.

Sign up here for the CIP newsletter, if you don't want to miss the invitation for next years symposium.

CIP Symposium 2019 - participants in the debate 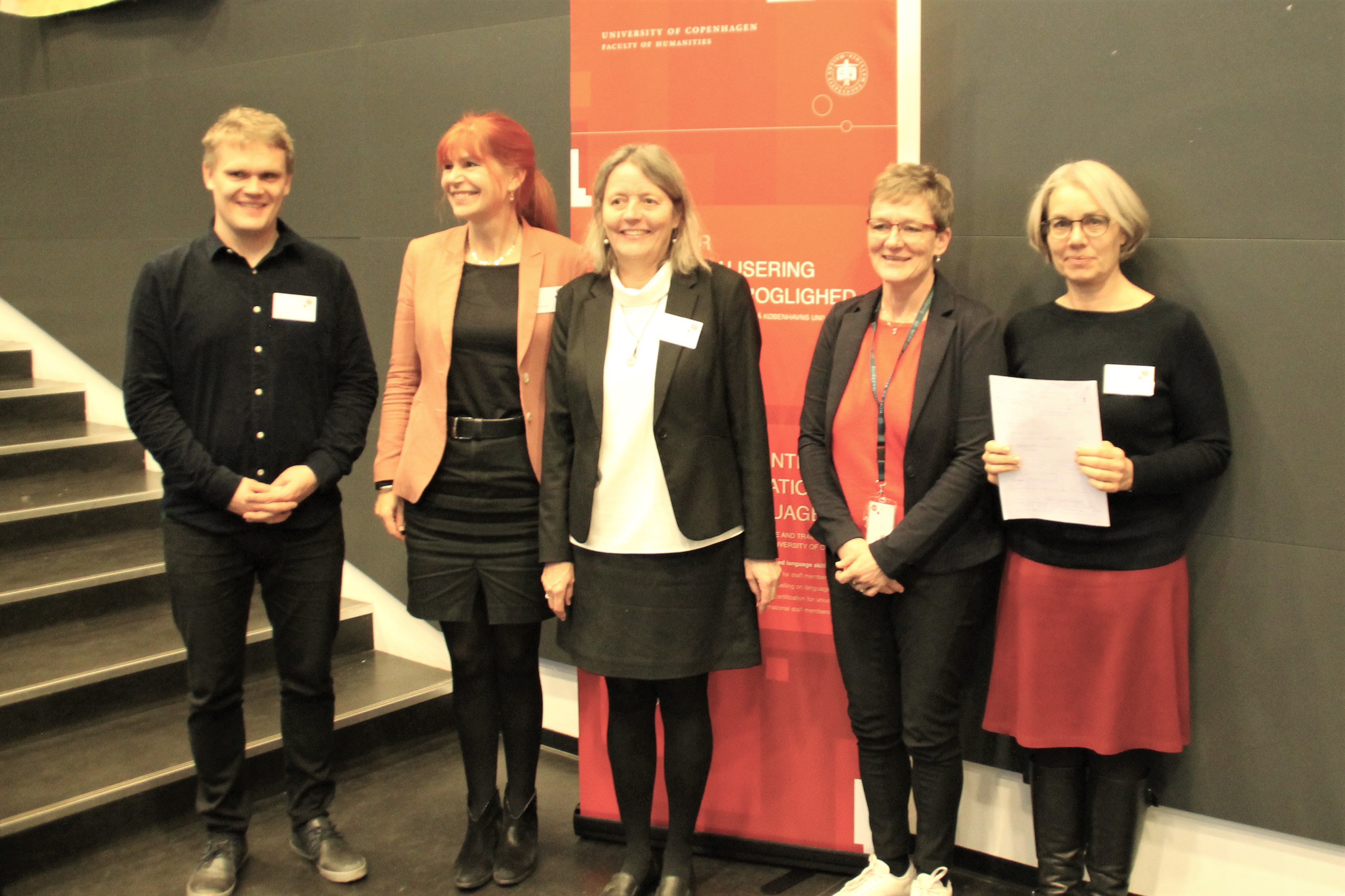