Directors of the languages centres at Columbia and Yale universities, Stephane Charitos and Nelleke Van Deusen-Scholl visited CIP Wednesday 13 March 2019 for a talk on language policy and practices. Participants from UCPH counted several researchers and practitioners from CIP as well as representatives from the University in Roskilde (RUC), Copenhagen Business School (CBS), the Department of Cross-cultural and Regional Studies at the Faculty of Humanities. Furthermore, representatives from the central office on Communication and International Education and Grants participated.

The shared concern was the crisis of the role of language in student programmes both in the USA and Denmark (Europe) and the use of English as a lingua franca in both teaching and research. The visiting researchers from Yale and Columbia gave a first overview of the various language programmes offered for students in USA, showing a decrease in both the number of courses and the number of languages taught.

Most institutions in the US teach 6 languages or less. Yale and Columbia are the exceptions. In fact, only 3% of all American Universities offer more than 16 different languages according to a new analysis not yet published. A solution could be found in initiatives like the Shared Course Initiative (SCI) where Yale, Columbia and Cornell have joined forces and offered language courses for students across the three institutions. The idea is based on the simultaneous teaching of one language to students at the three universities by transmitting the teaching from one location to the students at the other locations through an online video platform. The initiative has helped increase the number of students taking the courses and have at the same time lead to the building up of a network among the students.

Sanne Larsen from CIP afterwards presented the results from the language strategy project which has been carried out across UPCH from 2013-2018. The main objective of the project has been to identify the needs for more languages among the students outside the language programmes and to pilot minor projects to support these language needs. In total 36 pilot projects have been carried out and a number of surveys and questionnaires have helped the researchers collect information on how to best support the language development among the students.

Finally, director Anne Holmen and associate professor Janus Mortensen presented recent research both on the need for international staff at UPCH to learn Danish and the current status of the use of English as a Medium of Instruction (EMI) in Denmark and beyond. These last studies show an ongoing need for the discussion of how languages set the norm for the career development of international staff members and how the same staff members and students should address each other in the international classroom. 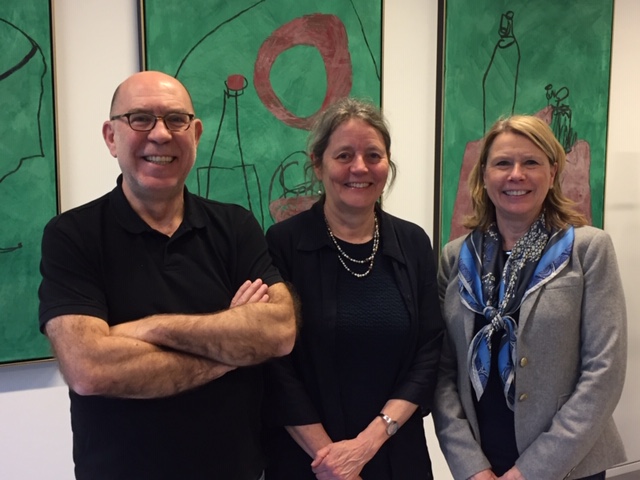